THE SPIRITUAL LAW OF EQUIFINALITY

THE SPIRITUAL LAW OF EQUIFINALITY

The  Law of Equifinality is a simple straight forward spiritual concept which  says there are many paths to awakening and/or communion with God and that no one path is more righteous than another. This means we can all take different paths, as members of different religions, or as individuals, and we can all end up at the same place, some form of awakening, heaven or communion with God, here in the now and/or in an afterlife.

The law does NOT say that ALL paths lead to God, only that there are many paths. One can infer from this that there are false paths which only claim to lead to God. One can also infer that those who imply that their path is the one true and only path are in violation of this very basic law.

On an intimate level among friends, families and neighbors with spiritual lives, this law can actually be observed at times. We all know others of different faiths, and some who do entirely their own thing. We can get still get together to play, share and commune for different activities. There can be a sense of non-judgment and quiet respect for each person’s individuality, if not a feeling of happiness that someone you care for is personally happy with their spiritual pursuit.  We might adhere to our own beliefs and still think that our loved one’s path is working for them.

On the macro level, however things are different. Wars can be fought over differing spiritual paths. While spiritual leaders can commune together, many may still preach that their path is the one true and only path. Perhaps that’s natural to some degree in that when one finds a spiritual realm that they believe in, their passion drives their desire to share their knowledge of that particular path. Yet they may become “true believers” in the narrowest sense and really believe that no other way exists. This is what I call creed-centric.

One might also assume that when someone does find a route to God that they believe in, they may view it as a thing of beauty and feel compelled to share it with others, but not necessarily impose it on others, which of course would conflict with this law.

In one sense, religions and spiritual belief systems might be viewed as “recipes” for awakening or communion with God. Sages of yesteryear compiled different sacred texts and teachings to form the core values of different belief systems all with the same final “dish” or some variation, in mind. New approaches developed over the years as individuals experienced God and chose to formalize their unique “recipes”, resulting in newer religions.

We each may have taste for a different recipe. Still others may like to shoot from the hip, foregoing the use of a recipe; a dash of this, a pinch of that. Sometimes the plate at the next table looks better than what we ordered.

This law does therefore allow for individualized paths to God, whereas without it, we would each be forced to fit into one of the preordained belief systems. Awakening and communion with God are highly personalized experiences. Religions may or may not help a person realize such. Our history is also riddled with anecdotes of many people directly experiencing God in some fashion, with some of those experiences having led to new religions or practices.

Meanwhile, new spiritual experiences are likely occurring at this very moment. As the modern world changes and boundaries disappear, greater information sharing is happening on the spiritual front. More people may become disenchanted with rigid or oppressive belief systems, and wish to devise their own path.

Inherent in the Law of Equifinality are at least two almost universal spiritual concepts that would seem to lead to natural observance of the law. First and foremost is that of  nonjudgment, that judgment of others is the domain of some higher power, not mortals. Secondly, there are the many variations on The Golden Rule, to treat others how we want to be treated. If those whose belief systems included these concepts truly practiced them, the Law of Equifinality would be observed. To the extent that our belief systems do not overtly harm others, no one wants their creed judged by others. Variations on the Golden Rule would only serve to emphasize that point.

Universal application and understanding of The Law of Equifinality would of course, lead to peace among faiths and possible expansion of spiritual exploration. In its most basic form there is simply an agreement that each person may have a different spiritual path. For those of us who believe and adhere to this law, it is up to us teach this tenet as an umbrella understanding among all seekers so individual communion and awakening is unhindered. 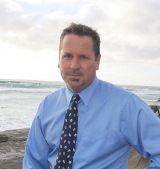 About the Author:  Barry John Johnson is a licensed Marriage and Family Therapist in San Diego, California. His practice is mindfulness informed specializing in helping people with anxiety, life transitions and enhancing personal happiness. Barry is credentialed in conflict resolution and is a former CEO/City Manager of local governments. His great joys are meditation, writing, intuitive arts and independent spiritual studies.

By David Zenon Starlyte in Mastershift on April 1, 2013

By Millie Parmer in Mastershift on April 1, 2013

Love the body you have today!

Awakening from the Trance of Unworthiness