The Way of Chi

The Way of Chi 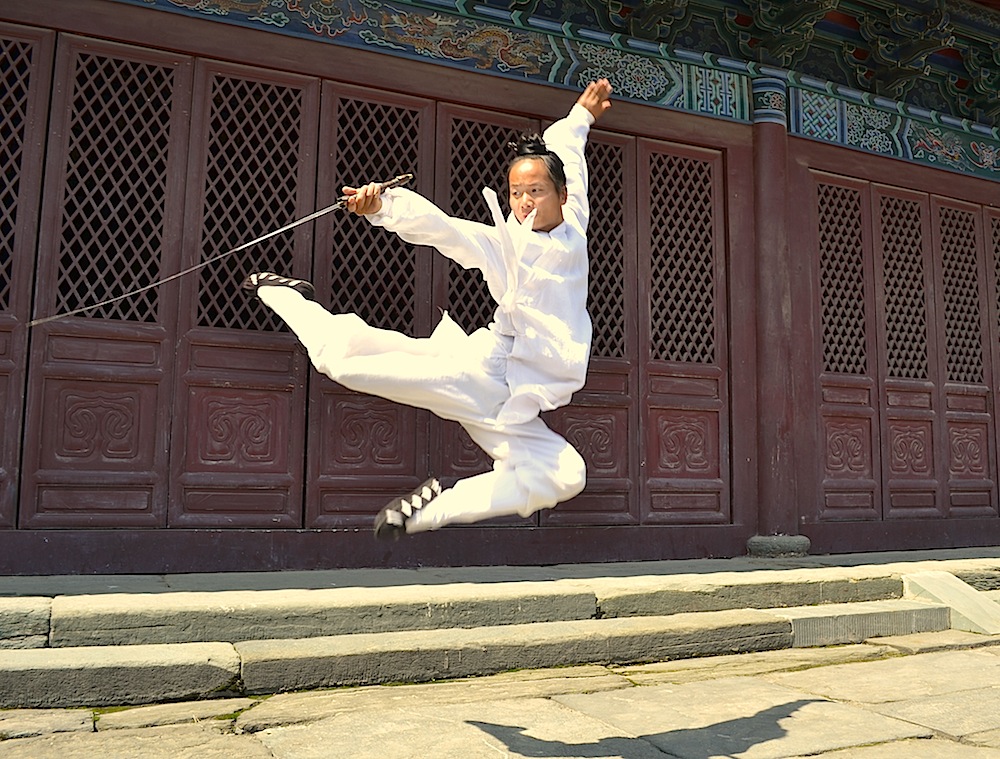 used but never used up.

It is hidden but always present.

I don’t know who gave birth to it.

It is older than God.”

It is rare to find dependable sources for the study of Chi and authentic internal strengthening. For centuries, “Qi” held many secrets and mysteries, guarded by successive regimes as sacrosanct. Yet, with many aspects of Chinese culture, it was not just about preserving the sacred; it was also that foreign culture was treated with suspicion. The internal strength of “building Qi” for health is now spreading across the world. In China, people come to be treated for a variety of illness that neither Western nor TCM can cure, and find fabulous and often unlikely benefits from practicing Chi Kung.

The secret to cultivating internal energy is to relax the nervous and muscuskeletal system simultaneously. Chi animates the body and makes it alive. This energy is networked throughout the body and especially strong circulations are to be found in channels called meridians. The Chi is a network of circulating energy. The Chinese discovered a way to direct Chi in specific ways to promote longevity and vitality and prevent disease. This energy was used for healing as well as in martial arts.

The goal of Chi Kung is to promote the flow of internal energy in the body so that the whole network of meridians is functioning optimally. Chi Kung teaches the student to be rooted to the ground like a tree, yet soft and relaxed enough to move effortlessly with the wind without breaking. The tree is calm and patient, yet ever-attuned to its environment.

The Tao is called the Great Mother:

it gives birth to infinite worlds.

It is always present within you.

You can use it any way you want.

Wudangshan, the majestic. A brilliant jewel lies in the heartland of Hubei Province south of the city of Shiyan, Central China.  What is it about this mountain that has inspired generations of travellers and pilgrims alike to explore its culture? Feeling the profound pure energy of the mountain, it is no wonder that visitors once described it as being without equal.

These days more and more Chinese tourists come here to soak up the energy, and perhaps walk the 1000 steps to the Golden Summit.

If you watched the latest Karate Kid remake (which was actually about Kungfu), they filmed a few of the scenes on the mountain. You may remember the kid played by Jaden Smith walking up the mountain with his master, played by Jackie Chan, or that scene of him training on the summit.

The magnificent Taoist palaces, temples and monasteries are a UNESCO World Heritage Site – they’re as old as the 7th century! Many of the buildings were built in the Ming Dynasty and are regarded as the best of Chinese art and architecture over a 1000 year period – some were apparently established by the legendary Zhang Sanfeng.

Mount Wudang has born witness to cultural achievements informed by Taoism that have formed the fabric of this mighty nation, exemplified by Zhang Sanfeng. By legend an immortal, Sanfeng was a real or fictional Taoist priest – historical claims have him living over 200 years and even beyond. He is also described as being 7-feet tall, with the bones of a crane, the posture of a pine tree, whiskers shaped like a spear, and the ability to travel over 300 miles per day.

Zhang Sanfeng is credited as having originated Taoist internal martial arts – specifically Tai Chi Chuan – as opposed to the “external” style of the Shaolin Buddhist martial arts tradition. As legend has it, Zhang Sanfeng once watched a bird attacking a snake on Mount Wudang. He was so absorbed by its antics, that his whole world changed before his eyes. The snake remained patient, still and watchful as the bird attacked, waiting for its moment. Finally, it lunged and killed the bird. He was so inspired by the success of the snake’s defense, that he developed the 72-movement set of Tai Chi.

Sanfeng’s legendary status in China shows no signs of dwindling, as he appears in many cult films, including Jet Li’s recent masterpiece, Tai Chi Master.

David is the founder of Shambhala Retreats. A Naturopath, Intuitive Healer and Transformational Coach, David writes and educates people internationally at some of the world’s leading retreats and resorts. Born in South Africa, his work has taken him to Australia, USA, Middle East, Asia, Caribbean since 2002. A lover of wisdom and master healer specializing in holistic wellness, his retreats and wellness programs are focused on transformation. David is committed to inspiring and empowering people to live the lives of their dreams. David’s mission via Shambhala Retreats is to guide people to places of mystery and power to rediscover, balance and ground themselves.

Approaching The Finish Line of 2013

By Lori Spagna in Mastershift on December 17, 2013

By Christine Horner in Mastershift on December 17, 2013