Shift of the Ages

Shift of the Ages 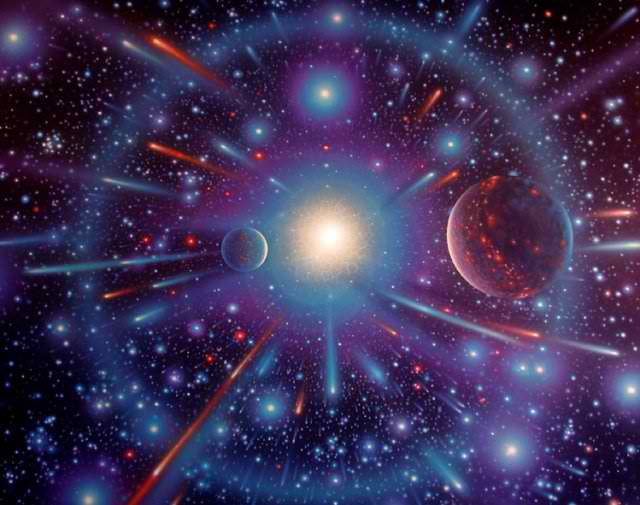 Here is a brief look at the most recent epochs of Earthly civilization.

An astrological age is a time period which astrology postulates parallel major changes in the development of Earth’s inhabitants, particularly relating to culture, society and politics. There are twelve astrological ages corresponding to the twelve zodiacal signs in western astrology. At the completion of one cycle of twelve astrological ages, the cycle repeats itself. Astrological ages occur because of a phenomenon known as the precession of the equinoxes. As the earth spins like a wobbly top on its axis, the sun, noted on the vernal equinox, travels through each constellatory region of the zodiac for variably 2,150 years. One complete period of this precession is called a Great Year or Platonic Year of about 25,920 years.

Like a new day, a new year, a new decade, a new century, a new millennium, we have a new epoch of progressive wakeful advancement.

An evolution of consciousness:

Age of Taurus:
*Bull worshiping cults began to form in Assyria, Egypt, and Crete which relates to Taurus symbolizing the bull.
*This age is notable for the building of the Pyramids, during the Old Kingdom of Egypt and the Middle Kingdom of Egypt.
*The Ankh is an Egyptian symbol of life also representing a cross section thoracic vertebra of a bull.
*Beginnings of the transition from polytheism (multiple greek pantheon and roman gods as well as stellar & sun worship from the Cancerian age) to a more monotheistic belief system.
*When Moses was said to have descended from the mountain with the ten commandments (c. 17th – 13th century BC, the end of the Age of Taurus), some of his people or followers were found by him to be worshipping a golden bull calf representing a refusal to change with the age. He destroyed the idol and instructed these false idol-worshipers to be killed. This represents Moses “killing” the bull and ending the Age of Taurus, and ushering in the Age of Aries, which he represents.

Age of Aries:
*Aries represents a Fire symbol as well as bold actions. A lot of these behaviors can be seen during any age, however, the themes emphasized during this age relate to courage, initiative, war & adventure. Nations during this age such as the expanding empires of China, Persia, Greece, and Rome are often cited as examples of the archetypes of Aries in action.
*The Age of Aries ushered in efforts to replace polytheism with monotheism.
*Moses condemns his own people upon finding them worshiping a ‘golden calf’ (a symbol of the previous Age of Taurus and of the worship of the bull deity) after coming down Mount Sinai. The people were refusing the change of the age as typically happens at the transition point of each age.

Age of Pisces:
*The Age of Monotheism, Spirituality, and the Fish (note Jesus Fish).
*The Age of Pisces is characterized by the rise of many religions such as Christianity (founded 1st Century), Islam (founded 7th Century) and Buddhism (founded 6th to 4th Century BC) due to the “spiritual” nature of Pisces and its ability to go beyond the boundaries of the physical world.
*The Age of Pisces is mainly marked by the continuous research of humanity about the truth hidden behind what’s perceived by five senses (see platonism).
*Jesus said, “Follow me and I’ll make you fishers of men.”
*Referencing the Kali Yuga epoch within Eastern religion/philosophy and the cycle of the 5th Sun represented by the Mayan Long Count Calendar, Indigenous & Native American lore such as the Hopi, and other sacred texts.
*The devout religious of the time refusing to change with the age symbolized in the Passion of Christ narrative.

Age of Aquarius:
*The Age of Aquarius is the era currently in transition, also commonly called the awakening.
*The Age of Freedom, Technology (especially space travel and electricity), and the Water Bearer symbolizing more widespread transparent, peaceful, neighborly, and sustainable living.
*The Age of Aquarius advances a purification of our inner “spirit” selves (ego), effecting our outer physical selves (body), while also mirroring these purifying changes into the living planetary system (noosphere) as part of a cleaning up or cleansing of self and planet.
*The Aquarian age will usher in a period of group consciousness (oneness, unity, solidarity).
*Unity consciousness (global-galactic-universal awareness) takes hold replacing more dualistic and fear-based thought patterns also including an inner approach to spirituality redefining the more outwardly or external deity worshiping practices.
*”The two become one” symbolizing the harmonious balancing of the feminine and masculine aspects in all areas of society, the harmonious balancing of left and right brain hemispheres, the harmonious balancing of human and nature, and the harmonious balancing of the heart and mind regarding conscious self-awareness.
*The merging of science and spirituality for innovatively responsible technological advances.
*Increasingly accelerating developments in technology marked by nanotechnology, biotechnology, light and sound medical healing technology, crystal technology, hyper dimensional science, communication technology, transportation technology, and energy technology, among others.
*Traits of Aquarius such as being ‘humanitarian’ but at the same time ‘unemotional’ may indicate to the emergence of active intergovernmental organizations and global solidarity movements.
*Individual New Age spiritual awakening en masse, which although is not organized, spontaneously forms a worldwide ‘humanitarian’ yet ‘unemotional’ era of spiritual clarity and spontaneous friendship.
*Referencing the cycle of the 6th Sun represented by the Mayan Long Count Calendar, the Satya Yuga (Golden Age) epoch within Eastern religion/philosophy, Indigenous & Native American lore such as the Hopi, and other sacred texts.
*As old Piscean societal structures and belief systems lacking integrity become obsolete it will be essential to let go and embrace the new energy vibrations that will create new systems rooted in a foundation of love and universal service to all.

exercise is my natural high

Subtle Activism: An Idea Whose Time has Come

…then I’ll be happy!