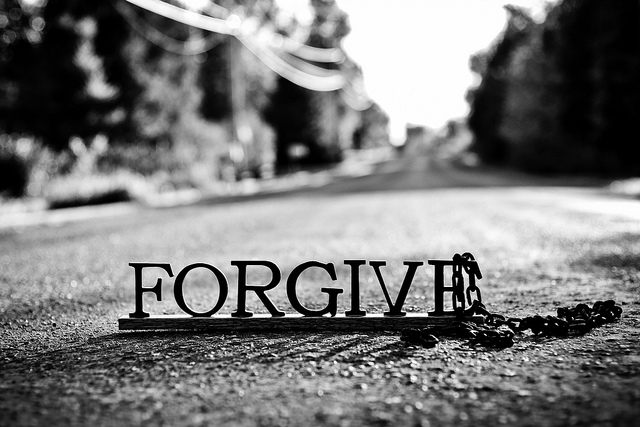 Over the course of my life I was deeply hurt or betrayed by the actions of others. For years I held onto the pain of being let down, ridiculed, bullied, slandered, persecuted, and abused. A continuous loop of negative memories played in my mind, keeping me shackled to a suitcase of blame and resentment for the unjust mistreatment.  Each day I grew angrier and more self-destructive from holding on to what I thought the people who hurt me should have done differently.

I was suffocating under the burden of carrying the indignant displeasure and persistent ill will against those who wronged, insulted, and injured me. One day, like a bucket of ice water thrown in my face, the truth opened my eyes.  No matter what had happened to me in the past, I was the one choosing to relive it in the present. It was my choice to keep the hurt and resentment alive by dragging them into each new day. Those who mistreated me had moved on or died or were oblivious to the pain they inflicted.  Even if each of them were to emotionally wake up, assume liability for their actions, and beg for my forgiveness, the past would still remain unchanged. That “aha” allowed me to wrap my heart around the healing truth in the words of author and poet Maya Angelou, “When you know better you do better.”

I do not comprehend calculus, theoretical physics, string-theory, or quantum mechanics. But there are lots of people who do. So people who understand these things may think that I should be able to understand them too. Maybe some people think I’m not smart because I don’t. The truth is I’m not unintelligent because I do not comprehend higher mathematics, physics, chemistry, cosmology or engineering. My awareness and intelligence lie in other areas. In fact, each of us is at our own level of intellectual and emotional awareness.

This is important to remember since we often get angry with people because we think they should know something because we know something. Just because you and I may comprehend and care about the downside to negative, rude, judgmental, abusive or self-centered behavior does not mean everyone does.

The physician who casually ordered his nurse to leave the room so he could molest me in private viewed himself a powerful member of the community, entitled to behave as he pleased. He rationalized that the ethical standards and honorable responsibilities that applied to everyone else in his profession did not apply to him.

Yes, those who abuse others comprehend, intellectually, that their behavior is wrong, and in many cases illegal and immoral. But no, they do not realize with emotional consciousness, which would enable the sensitivity of their heart to overrule the rationalizations of their egocentric mind in order to control their behavior.

It takes sensitive awareness to remain connected to and responsible for the way our actions impact other people and all life. There are those who do not “know” on an emotionally responsible level how their behavior negatively impacts themselves and others. That is how we distinguish when people have emotionally awakened: when we see that they are no longer blind to their impact on others. They begin seeing themselves in other people and other forms of life, and caring for them, to lead with their heart to change their negative, hurtful actions.

Your emotional freedom lies in courageously forgiving what you think would have or could have been different because someone should have “known better.” You wrap your heart around the truth that if the people who hurt you were actually connected to and responsible for the emotional consequences of their actions, they would not behave as they do.

Forgiving others is not about condoning what happened or wanting other people to admit their sins and repent. Forgiving is redirecting your focus from how other people need to change to how you can change. You choose to move beyond your ego’s desire for revenge to a heart awareness that regardless of what other people do to hurt you, it is releasing them from your present life that sets you free.

Forgiving also does not mean you must forget the hurt. It does not mean you have to reconcile with those who hurt you. Forgiveness is intentionally choosing to release the control “what happened” has over you. It means, instead of approaching them with a “you should know better attitude,” you seek higher, heart directed ways to effectively communicate, interact and set boundaries with them. Forgiveness is taking your power back by being in charge of what happens to you now and how you are creating the best life in the present.  Forgiveness is assuming emotional responsibility for doing better than those who hurt you because, you do know better. 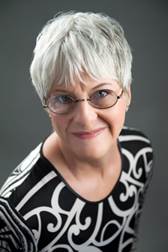 Regina Victoria Cates, a spiritual/personal empowerment coach, transformational author, positivity junkie, and cheerleader of soul, inspires tens of thousands of people every day to live lives of limitless possibility. Through her Los Angeles–based company, Romancing Your Soul, she guides people to lead with their hearts. http://www.facebook.com/romancingyoursoul, or contact her at (800) 601-7929.