Your Opus: Sovereign to Infinite Being

Your Opus: Sovereign to Infinite Being 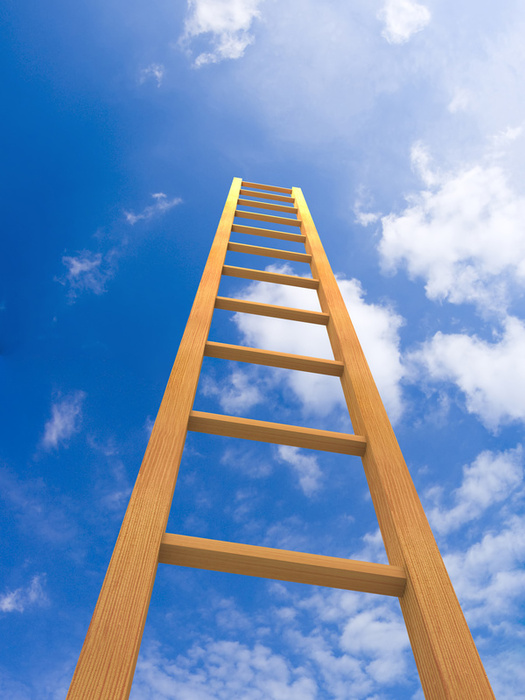 A funny thing happens on the way up the consciousness ladder…

As your feet diffidently step upon the path of Self-Realization, you awaken to the grander context of reality—that you are One with the forces of Creation, Jesus and Buddha truly your brothers. You experience the beginnings of an infinite rabbit hole, never to arrive at any destination. There is none.

Initially, you may feel somewhat bereft as all the people and all the beliefs you deemed Holy fall off the mantel with a thud, the pieces scattered amidst human ruins. It’s difficult to let go of “special;” the notion that anything or anyone is “more” or “better” than anyone or anything else. For those of us raised out of the generation of, “I am not worthy,” the reverberations can continue on for many years as we adjust to the new Holy—everything.

Until the adjustment moves from the head to the heart, you continue to attempt to recreate Holy and better than by tossing fellow aspirants positive energy, Light, and holding the space. Suddenly, it’s all about joining or creating community, meeting for meditation and other communal activities to alleviate the temporary sensation of isolation that envelopes you as the rest of the world continues to sleep-walk away the hours, their mundane activities suddenly seeming pointless and outrageously self-serving.

This is the birth of Unity Consciousness. This new sense of Unity is heady stuff as you extol serving the collective good. Heading toward your personal bliss point, a feeling of a sense of belonging and purpose grips you like never before or even for the very first time. Inadequacy no longer your companion, you are now a Lightworker! It is felt in the heart, that a very special reason for your existence will soon reveal itself and that you are part of something much larger than yourself!

Moving from Unity Consciousness to the next phase of the rabbit hole, a profound sense of peace settles upon you, the loneliness dissipates as Non-Duality Consciousness dances in and out of your awareness. You experientially come to know your Oneness with all that is. The equality of all beings and all things is understood. Yet, your journey is only just beginning. Flitting in and out of consciousness, ego still has a firm grip on your senses.

Continuing to shed many life-times worth of limiting concepts and beliefs, and learning how to deal with energetic peaks and troughs without attaching story to it, a burgeoning sense of the softening of personality is well underway.

The falling away of personal identity unlocks the door to knowledge of yourself as a sovereign Co-Creator. The power of Creation consciously moves through you. You realize you contain the entire blueprint of all of Creation, as Creation Itself. For a Sovereign Being, dependence upon becomes interdependence, a startling new realization. The need for ownership of material goods or personal recognition for deeds as self-worth is an effect of maintaining an identity that claims the illusion of independence.

Here’s the funny thing—you also become cognizant that Self-Realization is a state of Being, not doing. All the activity you were engaged in previously in your new community and even the community itself, is a byproduct of the transition from dualistic, third dimensional consciousness to expanded consciousness. This time can be a time of confusion, the loneliness returning briefly as you continue to let go of personal story and beliefs surrounding specialness.

Now, as the Sovereign Being, purpose is seen through. How can any part of Creation have any need for any purpose other than to BE? Community, meditation, sending and receiving love and Light, all forms of doership are seen as practices of segregation, though to a lesser degree. Even hope is a form of segregation in that it isolates you from the actualization of desperate human longings. You need look no further for the desires of your heart than yourself.

For you stand directly in/as the center of it ALL. This is where the Sovereign Being meets Infinity face to face. Where one transcends even the need for community, recognition, approval… One manifests directly as Source outside the bounds of time; all thoughts, whims, desires, actions are seen as Creation Itself, without the doer. Instead of attempting to control or lead outcomes, the one becomes the ONE, moving as the wind, a very powerful force, not requiring a face of identity. There is no leader or follower, simply pure Awareness.

It could be said that but a handful of humans ever reach this state of Self-Realization, but that would be segregation, too. This IS your natural state. If community and all the wonderful things your new community was going to do together has not appeared in your life, reflect on the words of Gandhi again and go deeper. You are living proof, standing directly in the middle of all levels of consciousness as he did—the appearance of the third dimensional world you hoped to leave behind still materially present.

It was never as third dimensional consciousness imagined—a separate portal or doorway, society or new earth, outside the bounds of suffering, rather we transcend it. For a lesser consciousness cannot know what expanded consciousness is. It must BECOME IT. And this is your exquisite OPUS—no two alike. Embrace every moment of its creation as perfection. Because you are… PERFECT!

Dedicated to the advancement of human consciousness, Christine Horner is the founder of In the Garden Publishing, Bodhi UniversiTree and is the author of the ground-breaking and acclaimed What Is God? Rolling Back the Veil, nominated for the 2014 Dayton Literary Peace Prize.  Christine’s web site is www.ChristineHorner.com.  This article may be reproduced with full attribution only.

Meditate to Find Balance Between Living Fiercely and Living with Grace