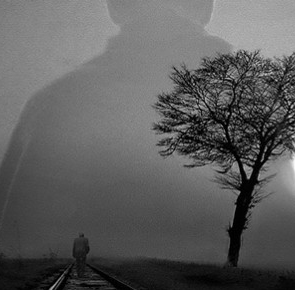 Be in the world but not of it.  The message is clearer than ever.  The world’s individual and collective suffering is not resolvable at the level of origination.  It can only be temporarily relieved.

Humanity has no idea what true freedom is.  It can only be understood conceptually.  Freedom outside of relativity, true freedom that is Absolute, has only been known and described by the Masters who instructed us to transcend the world of duality by taking the middle path, thus not creating more polarity.  Though we glimpse true freedom perhaps a few moments each day, it is not recognized, whereas it can burgeon as valuable in our individual and collective hearts and minds.

The closest humans have come to living a life of true freedom are the indigenous peoples of the world.  This is the true reason for their systematic annihilation which continues to this day.  The indigenous, connected to their power source, knew a life of sovereignty, and therefore, could not be controlled.  Only through round-up and conversion (to their captor’s religious and economic belief systems), or genocide directly, could their freedom be hidden from the masses, though not entirely.

In the hero’s journey, the hero is involuntarily propelled out of his ordinary 3D world, usually by outside forces, brought on by internal conflict.  The hero doesn’t know it yet, but even the “ordinary world” was truly but an experiential stopping point on the passageway back to wholeness.

At first, the heroine refuses to accept that what’s about to happen is unavoidable and beyond her control. Usually, a mentor appears or the she may go within for courage and strength. As she finally accepts the “special” world she has entered and begins its tests and trials, she must endure the dark night of the soul.  Again, all seeming outside circumstances are brought on by unseen internal sourcing—her very own Soul—or, Creation/God Itself.

In our collective story, as the indigenous were wiped off the earth and through the suppression of their ancient knowledge, a slave society dependent on outside authority emerged that is the foundation of our culture today.  The sovereign being all but lost, except for a very few.

Though conditions have improved a thousandfold for at least half the population, the other half remains mired in a deplorable and unconscionable state of survivalism.  Yet, what we are really witnessing is the full spectrum of the 3rd dimension as a level of consciousness.

– War in the name of peace is not peace.

– Surveillance in the name of freedom is not freedom.

– Exclusive religious factions in the name of love are not love.

– Egoic pursuits in the name of joy are not joy.

– Economic systems loaded with trap doors are not abundance.

And the list goes on ad nauseum.  Humanity is presently facing its dark night of the soul as we slam head on into the limitations of our current social systems generated out of our internal belief systems—namely that Creation/God is an outside force.

During the ordeal, we will face death individually and collectively.  We do not need to fear this precarious position in our journey because, out of either metaphoric or literal death, comes new Life.  Destruction is part of the creative process.  There is no separation.  Neither is there separation in life and death.

The only true suppression is your own mind-created limitations.  The only power anyone other than yourself has is the power you give them.  All freedom and power is self-ordained.  The road to redemption is the resolution of the conflict that resides within as you seek a more wholistic understanding of who you are.  The dark night of the soul is the process one undergoes as part of expansion.

As the Masters instruct, to attempt to resolve the polarity of human existence, from the level of a human, is resistance that brings about suffering. This occurs when we attempt to control our physical world based on the thoughts that pop into our mind.  Seeking to “fix” our lives or the lives of others, or hold onto to constructs, people, places or things that are no longer serving us.

When we endeavor to improve the lives of others, it usually arises from the thoughts, “I see what is wrong with you,” or, “I wish to fix you so the sight of you doesn’t cause me pain.”  The desire is rooted in fear-based projection.  Does this mean we do not help a single soul?  Of course not.  Help those that come into your field of influence when led and inspired to do so.  As for the rest of the world and its ills, withdraw your support from practices that do not serve the good of all and support those that do. “BE the change…” ~ Gandhi

Surrendering to “what is” is the beginning of being in the world but not of it; the beginning of true freedom.  As thought is polarity itself, Absolute freedom is the cessation of all thought, the absolute middle path—about as close as humans can come to ascension while still in the body.

Meditation is a practice that removes the power from thoughts so that we can begin to step into our true nature.  Observe your thoughts for even an hour and notice their bi-polar nature.  Notice that the world continues on without the help of your thoughts and that thought begets more thought rooted in separation.

In fact, your brain is but a receiver of consciousness floating around in the ether like clouds in the sky.  Those that register in your brain are magnetically resonant with your vibrational field.

Once you realize you are the sky, not the clouds, you have transcended the drama occurring in your life.  If you want the hero’s journey to prolong itself, try thinking your way out of it!  Otherwise, relax, breathe and know that this, too, shall pass.

Dedicated to the advancement of human consciousness, Christine Horner is the founder of In the Garden Publishing, Bodhi UniversiTree and is the author of the recently published “What Is God? Rolling Back the Veil.”  The host of the new radio show, From Mystery to Mastery, her web site is www.ChristineHorner.com.  This article may be reproduced with full attribution only.

Christine Horner is a 2014 Dayton Literary Peace Prize nominated author and the co-founder of the What Would Love Do Foundation. Her latest book is Awakening Leadership: Embracing Mindfulness, Your Life’s Purpose, and the Leader You Were Born to Be. www.ChristineHorner.com
Categories:Mastershift
Tags:consciousness, courage, freedom, humanity, journey, life, living, meditation, path, soul, strength, world
0 Comments