Something miraculous is happening. The invisible is becoming visible. Human consciousness is taking a quantum leap into territory previously unknown as what began with just a few saints, sages, gurus and a Savior is awakening in the hearts and minds of millions around the world.

As above, so below becomes so within, so without, heralding a new way of Being no longer shackled by culture and conditioning and its traditions that stopped serving us long ago or were steeped in exclusivity.  The karmic bonds loosed, we empty ourselves of the “past” and imaginary “future”, in favor of the eternal NOW, replete in all its splendor. 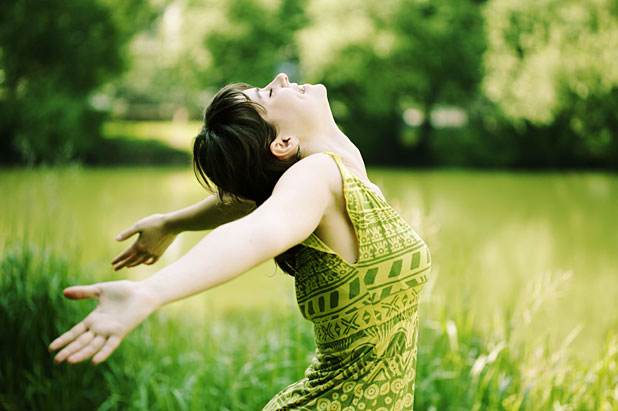 No longer clinging to the physical world for illusory safety and security, we openly embrace the mystery as we explore the Infinite, unwavering in the knowledge we are supported along our path regardless of perpetually changing circumstances.

Concepts such as hope and faith are recognized as the absence of serenity and released back into the ether, as peace flows into the spaciousness left behind that we now recognize as our friend.

Ego, the driver of dissatisfaction is realized as powerless.  No longer a “thing”, it is relegated to its proper place, in the trunk—as a tool that brought self-realization.  Self-improvement in all its subtle disguises, from affirmations to prayer, is quietly exchanged for self-acceptance.

Intellectualization is acknowledged as incomplete, the cost too high, as simple Awareness and its begotten wisdom transcend all borders and boundaries.  Every human being is given the key to access to the vast and free Universal libraries found directly in Nature where “know your place” is replaced with, “Know Thyself.”

In the old dream, we believed in an outside authority, separate from us, dispensing reward and punishment individually and collectively based on humanity’s performance record.  In the new dream, we unite directly with the creative force that exists within us, as us.  Man-made hierarchal power structures removed, we understand that we are the authors of our own pleasure or pain, not in singularity, but cooperatively with resonant souls.

Safe within the new awareness that all authority is self-ordained, we choose to unlock the chains of unsatisfying work-for-food jobs, seeking treasure from the abundant storehouses of our own creativity, where work becomes joyful play rather than a means to an end.

The amassing of materialism and the fruits of competition no longer our worth, we observe that every possession reciprocally owns us; the true cost bore by our beloved Earth.  We identify the absurdity in the belief that we hold any possession in more than a temporary, custodial manner and opt for “access to” rather than private ownership.  Walking away from all bondage, our significance is now drawn from the unseen grace that moves our feet.

The guilt and blame derived from a childish understanding of God, the Universe and who we are gives way to the returning to the innocence of a child as we teach our children that we are innocent and always have been.  In our innocence, we return to our rightful states as Co-Creators.

What is happening?  We have entered the dimension of unconditional love.  The Gift of Salvation is finally being accepted.  The meek have inherited the Earth and it is…Heaven.

Dedicated to the advancement of human consciousness, Christine Horner is the founder In the Garden Publishing, Bodhi UniversiTree and is the author of the recently published “What Is God? Rolling Back the Veil.”  The host of the new radio show, From Mystery to Mastery, her web site is www.ChristineHorner.com.  This article may be reproduced with full attribution only.

Christine Horner is a 2014 Dayton Literary Peace Prize nominated author and the co-founder of the What Would Love Do Foundation. Her latest book is Awakening Leadership: Embracing Mindfulness, Your Life’s Purpose, and the Leader You Were Born to Be. www.ChristineHorner.com
Categories:Mastershift
Tags:acceptance, awareness, dream, earth, gift, heaven, love, unconditional love, waking up
0 Comments