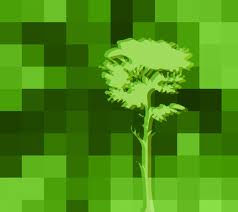 Once upon a time, there lived a king in his beautiful Kingdom. The Kingdom was blessed with all of nature’s bounty – blue skies, puffy white clouds, a happy sun, riots of bright flowers, red roof houses, the works!

All was well and fine in this Kingdom till one fine day the King woke up to find that his eyes were failing him. The royal physician was summoned, who was unable to heal him. Other physicians were consulted but with no results.

Finally, one day a very learned man was passing through the Kingdom and the King decided to share his woes with the man.

The learned man thought about it and said “there is one solution O King, if you can manage to see only the colour green for the next 6 months you will be cured”. The king who was quite desperate by now, readily agreed.

As soon as the monk left, the Kingdom was a flurry of activity and everything was painted green.The houses and their roofs, the bark of the trees, the water in the kingdom was tinted green.

Months passed and people became accustomed to the new green world and they forgot how it was to live with colour.

About 6 months later, into the now green Kingdom, came the same learned man.

The King ran to the Monk and showed him the Green Kingdom with great pride. ‘Am I cured then?’ the King asked.

The learned man looked at the King and then around the Green Kingdom.

“O King”, said the Monk, “all I asked was for you to get a pair of green coloured glasses”

We live our lives trying to colour our own small Kingdoms. Trying to change our parents, kids, spouses and friends, when all we need to change is ourselves 🙂

Darpan is a hypnotherapist & Reiki Healer, interested in all things metaphysical and spiritual. “My path is a seekers path and ambition is to learn and grow as long as I live.”

By Rev. Robert Meagher in Mastershift on January 20, 2014

By Millie Parmer in Mastershift on January 20, 2014