Would you pass on a Rolls?

Would you pass on a Rolls? 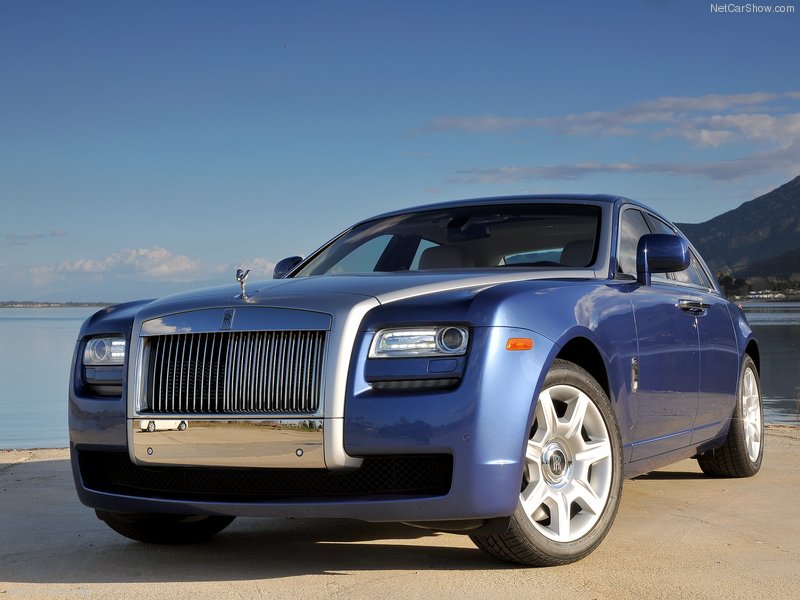 Did you ever want something more than anything in the world but you were too afraid to go out and get it?  Did you ever settle for second best because you were too afraid to try?  Why do we allow our fears to prevent us from living the life we were meant to live?  I recently watched a friend settle for something because he was too afraid to try for what he truly wanted.  Fear paralyzed him from making the choice that was in his heart.  He chose to live small instead of large.  Then again, who am I to judge?

His plight sparked my imagination to write this story.

There was a man named Matt.  His dream since childhood was to drive a Rolls Royce.  He would often picture himself behind the wheel of this luxury vehicle driving down the highway.  It thrilled him beyond measure!  He wrote his wish everywhere and told everyone that one day they would see him driving his very own Rolls.

Last Friday, The Universe heard Matt’s wish.  He got a phone call from a friend who decided to retire and liquidate his inventory from his car dealership business.  The friend conveyed to Matt that on his lot was a brand new Rolls Royce and that he could purchase it at a rock bottom price.  Matt started screaming and jumping for joy!  He was so happy he dashed out of the house without even hanging up the phone.  He drove his beat up car to the dealership whereby his friend unveiled to him the Rolls.  Matt couldn’t believe that right in front of his eyes was the car of his dreams and it was in his favorite color blue!  Matt felt so happy he could cry and felt truly blessed to finally be able to purchase the car of his dreams.  He ran his hand over the blue chrome and heard a voice inside his head say, “You know, in 1982, your last blue car was keyed by someone when you parked the car at the grocery store.”  Matt looked concerned and tried to ignore the voice.  Then he heard “In 1990 you got into an accident backing out of the driveway.  It wasn’t your fault that someone was speeding and not paying attention.”  Now Matt began to wonder if he drove such a great car, would he be able to keep it from getting damaged.  Then Matt heard, “What if your daughter wanted to drive the car?  She would never be able to figure out all those new gizmos and gadgets.  She may break something.”   Matt realized that if something happened to this magnificent dream car he would be absolutely devastated.

Then, out of the corner of his eye he saw a used blue Sedan.  He walked over to it.  The car seemed familiar and comfortable, like an old shoe.  He peered into the window and viewed the clean interior.  He opened the door and saw the odometer at 80,000 miles.  He shut the door and began to walk in a circle around the car.  He thought, “If someone keyed this car, I don’t have to be upset because it already has a scratch.”  He continued his circle, “If someone hit me by accident, I wouldn’t have to worry because this car already has a dent.”  Hmm…“This car would be easy to operate since it has no fancy gadgets.”

Matt made up his mind and walked over to his friend.  He told him that he wanted to purchase the used blue Sedan.  His friend was shocked and said, “Are you kidding?  I have just given you the opportunity of a lifetime!  This is your dream!”  But Matts mind was made up and he was given the keys to his new used blue Sedan.  He got in the car and drove away without the least bit of excitement.

The Sedan was very happy that it was chosen.  However, the Sedan was feeling tired.  It preferred to be used for short trips and ones at low speed.   It doesn’t know how much time it has left.  “I have driven for many miles and have had many different owners,” it said.  “I miss my home when I’m in the repair shop.”

The Rolls Royce watched Matt drive off in the used Sedan.  “Why didn’t you pick me?” the car said.   “I would have taken you places you have never gone before.  I am fun and adventurous as well as powerful and strong.  I would have given you years of joy and excitement.  I would have served you well.”  The Rolls Royce is sad but knows in its heart that someone else will come along and choose it.  Because that is what the Universe wants for it.

Don’t let fear take you away from your dreams.

About the Author: Christine Segal, M.Ed., is a Certified Holistic Health
Coach having studied at Integrative Nutrition. She has her own business called Inner Beauty Workshops where she teaches clients how to generate beauty from the inside out. Christine is currently studying to become a Doctor of Spiritual Studies at Emerson Theological Institute. She hosts a weekly radio show on Freedomizer Radio called WakeUP & Live. Website (www.innerbeautyworkshops.com

"Beyond Me" a 53 Minute Film About Cosmos and Meditation

By Michael Stern in Mastershift on February 8, 2013

Why I traded my fad dieting patterns for intuitive eating