The Fire of Love: Why Humankind is facing imminent destruction and how to turn it around.

The Fire of Love: Why Humankind is facing imminent destruction and how to turn it around. 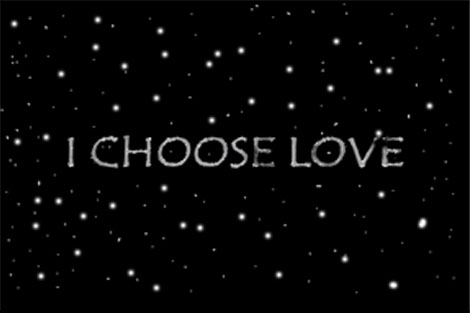 “Every gun that is made, every warship launched, e very rocket fired, signifies in the final sense  theft from those who are hungry and are not fed,  those who are cold and not clothed.” ~ Dwight D. Eisenhower

The flames burning up Gaza and flying missiles into the holy land, planes disappearing and being blown from the sky are all indicative of a final cleansing. African incursions, North Korean madness, Middle Eastern radicalisation, explosions in Russia, the list continues with conflicts, and the manipulation of people.

The times we live in are expressing the archetype of change, exposure and purging. The end of days are arising from the dust of burning empires. It must be built on the embers of the past. Destruction precedes new birth and awakening.

“It’s no measure of health to be well adjusted to a profoundly sick society.” ~ Jiddu Krishnamurti

Since our history has been leading up to this, we require a grand culmination of destructiveness. This is the way it has to be. New seeds need to be planted by first experiencing, encompassing and ultimately releasing that which no longer serves us as a human species and planet. To make new choices, first we need to release the past.

As sensitive human beings experiencing such global trauma, we must stay calm and sure, remain at peace, grounded and centred. We must not be carried away by the media messages. In fact, it’s far more healthy to disconnect from TV, newspapers and radio news. The media channels express the darkness and fear that exists on the outer edge of the wound. They suppress the joy of the arising heart beating within the global psyche. A new earth is emerging and forming from the flames of the fear and control that has been our heritage.

A new consciousness is arising from the old empires falling. The excitement is palpable as is the traumatic exposure of all that has been hidden and suppressed. The healing of the global soul requires that nothing be hidden anymore – that all that has been repressed must come forward and be expressed.

What serves the soul is authenticity and integrity. The shadow aspect must be addressed and accepted within the whole before this can happen.

“Humanity sits poised at a precipice; in front of us is an undeterminable pathway, behind us is the shell of a decaying age. We are at the crossroads of our experience; already actions, as well as thinking processes are being set which will determine the nature of a new and extraordinary destiny. Our survival as a thinking species and as well all living things upon the Earth now hangs in the mercy of the Winds of Change – Winds that no longer blow quiet warnings, rather they carry with them a somewhat foreboding message and always deliver a swift altering of our contrived reality through extremely volatile occurrences.” ~ Dr. Robert Wolf

Our times reflect a transition between Ages – from the Patriarchal age of twilight (6000 years) or Yuga, into a more enlightening age of Aquarius. The Mayan calendar closed the past cycle on 21 December 2012.

The imbalance of masculine-feminine energies and tragic male domination of societies, collective bullying, dogma and religious extremism is in its final stretch. It must burn out lest we destroy our civilisation first.

Our future age is arising – one in which the earth is nurtured and revered as an alive energy, a Goddess and Divine Mother, as was highlighted by the ancient, traditional cultures.

Of course the Creation itself is the power of the Goddess energy, Shekinah. The womb of creation is what sprung forth life as a union between masculine and feminine.

The ancients knew that the Earth was sacred, and that it was imbued with the Spirit of the Shekinah. They knew it was alive with life force, and honouring it as a Temple for the Divine was natural. They knew that God itself was more powerfully feminine as an Originator of life, and celebrated that. Since we all come from the Divine Mother, what is there to feel threatened about unless we have unresolved ego issues?

The modern separation of earth by a science of materiality that subdues the feminine and decries creativity, has constructed itself upon conquering of the feminine Goddess.

We are told we are not the first to experience advanced technology. Atlantis was a great civilisation that was razed and now lies underwater. It is my belief that our times are different, our civilisation will not be destroyed, we will live to see another day.

We have been manipulated by immature Patriarchal powers representing the immature masculine energies, not counterbalanced by the feminine. We have an array of divisive elements vying for power in the Middle East and doing their utmost to suppress the feminine. In a global sense, that drama is being played out to show the effects of religious dogma being used as a tool in masculine oppression. Western countries in the majority have become secular and less controlled by religious extremism perpetuating outdated world-views. By in large, the West have seen global superpowers rooted in greed and sending out power-hungry disciples to divide and conquer.

We are living through the epitome of fear – and it is the final cleansing – it has to be – as the other alternative is our species facing oblivion.

What are our choices now – how will we respond to these tests? This will demarcate what we create for our children and their children. If we don’t choose with love, the consequences are too bleak to contemplate. We must choose wisely, choose from the heart and take a new stand for life, for liberty, for responsibility, for love…

“Some day, after we have mastered the winds, the waves, the tides, and gravity, we shall harness the energies of love. Then for the second time in the history of the world, humankind will have discovered fire.” ~ Teilhard De Chardin

Consciously, now is our time of choosing love.

David G Arenson ND worked in corporate South Africa, before embarking on a spiritual odyssey that took him to Jerusalem, Australia, Asia and beyond. En route, he earned degrees in complementary medicine and professional certifications.

Having worked throughout the world as a wellness specialist offering healing, speaking, teaching, soul-coaching, and consulting, he established his own retreat company, METAMORPHOSIS RETREATS, dedicated to transformational travel. As a Naturopath and Soul-Coach, David integrates spiritual journeying into grounded wisdom for everyday living, presenting powerful concepts in personal change and living on purpose. He is now available for consulting or soul-coaching sessions via skype.

By Deanna Lupinacci in Mastershift on August 11, 2014

Safety is Not our Goal