The Anatomy of “YOU”

The Anatomy of “YOU” 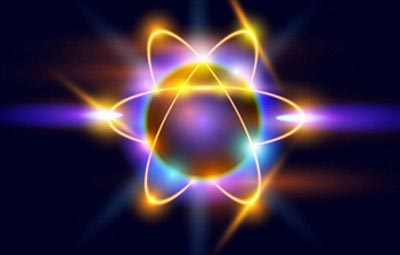 Which of us has not, at one time or another,  thought:

“If only I had the power, I would change the world. There would be no war, no crime, no hunger, no disease, no pollution. Earth would be the utopian “jewel of the universe” it was intended to be.

But we don’t have the power. So we stand helplessly by as nations wage endless war, children starve, people get cancer and die, and the air becomes less and less breathable.

How much power do we have, as ordinary humans? We’ve all heard of sages, saints and avatars who are said to possess super-human powers of mind, to influence events and perform miracles. We even know of ordinary women and men whose very presence exudes a positive, healing power.

Stand in front of a mirror. What do you see? You see YOU of course.

Firstly, you can only see the front of you…and then only your skin or ‘outer surface.’ Although you may live in three dimensions, your vision is restricted to two. You see only the two-dimensional surface of things. To see beneath the surface you must rely on an X-ray machine. But then you wouldn’t see “you” anymore. You would be looking at a skeleton…yours…and the deeper your vision penetrates, the less recognizable do you become. So let’s swap the X-ray machine for a “vivid imagination.”

Now you have acquired an extra dimension. You are able to “see” – with your mind’s eye – the inner depths beneath the surface. You are therefore seeing a 3D surface-representation of a 4D event or process. To the ’length,’ ‘breadth’ and ’height’ of your three physical, outer-space dimensions, you have added your mental perception of inner-space. Having transcended the physical limits of 2D surface-vision, you are also able to adjust the scale of your seeing from the subatomic to the super-galactic and beyond….because your mind is multi-dimensional.

So now let’s see what you look like using your newly-acquired microscopic vision. We’ll begin with the brain. Standing on the corpus callosum which connects the left-brain to the right-brain, you see literally trillions of nerve-cells – each surrounded by a field of electromagnetic energy – sending and receiving sparks of low-voltage electricity to and from each other. Sometimes the sparks are almost like bolts of lightening; at other times they are barely noticeable. You can also ‘hear’ the sounds of electricity, ranging from the quiet hum of the cellular energy-fields to the thunderous claps of mentally or emotionally-charged bolts of brain-lightening. Its as if you were standing in a high-voltage Tesla laboratory or a very high frequency power-plant. Any resemblance to the normal 3D image of your brain is totally obliterated. Plus, your sense of time is altered beyond imagining. What lasts for a mere second or two in your outer-space reality, incorporates a multitude of electro-biological activities that would require months – even years – to accomplish in normal, 3D clock-time.

Now let’s further reduce in size until you are small enough to enter a single brain-cell. You pass through the cell membrane into the cell nucleus. In appearance it is like a vast factory, with various fully automated “machines” moving around, performing certain highly specialized tasks. There are hair-like filaments called microtubules, spirals of DNA, rod-like mitochondria, and numerous other objects, each fully preoccupied with its appointed task. Suddenly there is a charge of electricity leaping across the gap between another cell and the one you are in. A message is contained within the electric charge, relayed from the synaptic gap, through the branch-like dendrites, into the nucleus, which then decodes the message and sends it through a long tunnel called the axon. When the charge reaches the end of the tunnel, it leaps across the synapse of a neighboring cell, which repeats the process. In this way, trillions of nerve-cells communicate with each other in the brain, encoding and decoding electric charges, which are then sent along the spinal cord, until they reach their intended destination in the muscle or nerve-cells in the rest of the body. The activated neurons around you light up that section of the brain where you are standing. It is like watching a magnificent fireworks display. The active portions are bathed in light, while the inactive parts remain relatively dark. But not completely dark. Within the shadows, positively-charged sodium and potassium ions are dancing inside and outside the neuron’s membrane. At one moment the cell is positive, then negative, causing a current of electricity to flow along the nerve’s axon. At another moment the positive charge is neutralized by an equal but opposite negative charge, and the neuron is at rest. All this happens inside the cell. Outside, between the cells themselves, there are comparatively vast spaces separating one cell from the other. However, these spaces are anything but empty. They are, in fact, spaces filled with molecular and atomic activity. They are literally alive and buzzing with quantum energy. At speeds approaching the speed of light, and frequencies almost too high to measure, clouds of electrons orbiting the distant protons and neutrons forming the central nuclei, are engaged in subatomic action, generating quantum fields whose function one can only guess at. And within an atomic nucleus, each particle – whether proton or neutron – is made up of three “quarks,” which are so small they are relatively as distant from the “surface” of the nucleon as is the Sun from Earth. The space between may be empty of matter, but is filled with vast, almost incalculable amounts of energy. And the quarks themselves are eternally bound together by the so-called gluon force, without which all matter would fall apart.

And now – according to the most recent developments in theoretical physics – we learn that there is a fundamental dimension called “Superstring” which is many orders of magnitude smaller than a quark or electron. Named “the Planck length” after the great Max Planck, a superstring is 10-33  centimeters long.

But this infinitesimal, mysteriously-vibrating superstring is the power-source generating the quarks, which create the protons and neutrons, which generate the electrons, which bring into being the very fields of electromagnetism that generate all the stellar and planetary phenomena in the material universe, some of which you see reflected when you look at yourself in the mirror.

We are back where we began.

So is there any point to this exercise? Does knowing this make any difference? Perhaps, perhaps not. Maybe it is merely a reminder that we are far more complex and multi-dimensional than we think; that there is virtually no limit to the depth and breadth of our being; that each of us is a veritable universe unto our Self. And this is just our physical self. How much more must we be mentally and spiritually? Perhaps the most important lesson we can learn from this exercise is to appreciate the awesomeness of our total being, and to never cease living up to the miracle of creation each one of us ultimately is.

Have we the power to change the world?

What would happen if enough of us synchronized our thoughts and intentions, to focus our collective mind, like a spiritual laser-beam, on the world as we would like it to be?

Would the unified Mind of humanity have the necessary power to effect the change?

Alan Solomon is one of South Africa’s foremost violinists, composers and music educators. Having enjoyed a successful career as soloist, conductor and professor of violin and viola at the university of Pretoria, he retired in 1999 to Long Island NY where, for ten years, he  taught violin to children of school-going age at the North Shore Suzuki School.

In 2009 he moved to Pasadena CA where he continues to teach theory and music history to his daughter’s cello pupils. He also trains and conducts a cello ensemble comprised of her more advanced students. The rest of his time is spent reading and writing metaphysical articles, contemplating life’s mysteries, and happily playing with his grandchildren.

Image via: (No copyright infringement intended.)

By Deanna Lupinacci in Mastershift on August 5, 2014

LOVING the LIFE your Live (Living the Life you Love)

Relationships: UNION with the DIVINE