“POSSIBILITY-THINKING” The Root of Creativity

“POSSIBILITY-THINKING” The Root of Creativity 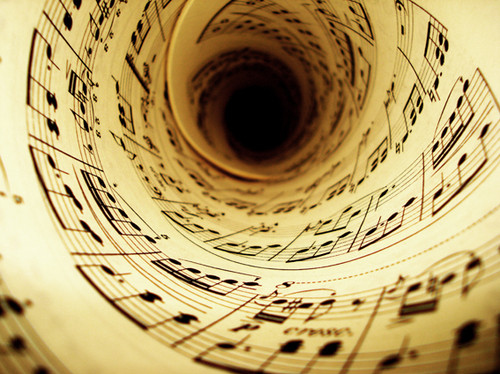 In music – as in the other arts – nothing stifles creativity more than the idea that there is only one right way of doing something. Historically, if you were a composer living in the 16th or early 17th century, the “correct” way to write music was in the pre-Baroque, strictly polyphonic style of Palestrina, or Monteverdi, or Josquin du Pre. Eventually this evolved into the Baroque style, reaching its highest form of expression in the music of Bach, Vivaldi and Handel.

When the next generation of composers emerged, chiefly Johan Christian Bach, Joseph Haydn and Wolfgang Amadeus Mozart, the Baroque style gradually gave way to the classical style, reaching its high point in Beethoven. But already in Beethoven, and later in Brahms, the powerful emotionality of their music – still written in strictly classical form, but imbued with the emotional and spiritual content of the composer’s own life-experience – ushered in what came to be known as the Romantic Period. This transition didn’t come about without opposition. For example, music critics of that time branded  much of Beethoven’s music as “crude,” “overly loud,” “roughly written,” “incomprehensible” or “lacking the classical purity and perfection of J.C. Bach, Haydn or Mozart.”

Every time a great composer (or painter) created a new and original style, he was subjected to  harsh criticism for having “dared to deviate” from the strictly classical, academically respected norms of tradition. And not only artists and composers, but scientists  as well – most notably Galileo and Einstein – faced scathing criticism for daring to see possibilities beyond the accepted scientific standards of their day.

Creativity may be defined as “extending the scope of present-day thought and achievement beyond the limits of the known, by mentally reaching out to the as-yet unknown, unrealized possibilities awaiting us in the future.” In other words, “possibility-thinking” (being creative) is looking at any given theme or idea and imagining as many possible – perhaps even impossible – variations, alternatives and versions of it as one can, without inhibiting or censoring one’s own creative thought-processes.

Generally we tend to be reluctant to go out on a limb for fear of offending authority, or going against tradition. Galileo was subjected to house-arrest by the authority of the Catholic Church, and Einstein had to put up with the prejudice and opposition of the traditional scientific establishment, until his theory of relativity was proven experimentally to be unquestionably correct.

The two main obstacles to creative thought are authoritarianism and tradition. The first says: “You may not…” and the second says (more gently, but just as potently): “You should not….” So it takes some courage and a lot of confidence in your own individuality, knowledge and creative ability, to assert yourself and stand up against either or both of these two obstacles. Because things were done a certain way in the past, does not mean they should continue to be done that way in the future.

Despite their best intentions, parents and teachers are often guilty of stifling a child’s natural creativity. Because they represent authority, the child is easily discouraged or intimidated when he or she is criticized for “not doing it right.” Doing things “right” then becomes the goal, and the “right” way is invariably the parent’s or teacher’s way, an attitude which – sadly – tends to crush the child‘s creative spirit. Then, when the child becomes an adult – having managed to recover from and survive the negative onslaught of parents and teachers – he or she must finally face the opposing opinions and judgments  of society and the traditional establishment.

During Bach’s lifetime he was neither recognized nor taken seriously as a composer. It took over one hundred years after his death for him to be re-discovered; for the profound depth of spirit and mathematical perfection of his writing to be appreciated. He could see, hear and control the most complex possibilities of melodic, contrapuntal and harmonic development and structure in the simplest motifs or themes, with a mastery analogous to that of a grandmaster chess-player who sees the position of chess-pieces on the chess-board  ten or twenty moves ahead. He knew, with absolute certainty, exactly where and when each note should sound, from start to finish, almost as soon as he had settled on a principal theme. This ability was shared by Mozart, although their individual styles were worlds apart. Their manuscripts contained virtually no corrections at all. Beethoven, on the other hand, struggled incessantly to find just the right chord, or phrase, or instrumental combination to make the music sound, in actuality, the way he heard it in his mind. His manuscripts are a ‘battle-ground’ of scribbled alternatives, erasures, un-used possibilities and angry pen-strokes which express the frustration and dissatisfaction he felt when he couldn’t find what he was looking – or in his case –  listening for.

Possibility-thinking is the art of taking the ‘ordinariness’ of what is, and transforming into the ‘extraordinariness’ of what might be. This principle applies, not only to the creative arts, but to life, literature and society as well. What is may not be to our liking. If we lack the ability or courage to change things, we remain affected by circumstance and subservient to state or national authority. This is a very un-free condition in which to be. Alternatively, we can “possibility-think” creatively, and imagine several scenarios that are more to our liking, just as Beethoven “imagined” his immortal musical masterpieces into audible existence. Our imaginings may not have much influence as far as improving society is concerned, but the practice of possibility-thinking extends and enriches our creativity in many more ways than we might expect. We might even be able to upgrade some of the more desirable possibilities into potential probabilities. The secret is to let the seed of an idea germinate, consciously and subconsciously, without restricting or limiting it through self-censorship. As the idea takes shape, imagine it existing in its ultimate, completed form. Don’t worry if the details are still vague and undefined. Just remain alert to thoughts, ideas and inspirations which may arise when you least expect them. Write them down as soon as you can, before you forget them. These flashes of inspiration are as short-lived as the memory of  a dream. Once forgotten, they hardly ever return. (Franz Schubert got most of his inspirations in the coffee-shop and had to write his melodies on the table-napkins. This didn’t exactly earn him brownie-points with the coffee-shop owners, but it did allow him to save his ideas for posterity.)

There are infinite possibilities. Learn to think creatively and who knows where your imagination may take you.

Alan Solomon is one of South Africa’s foremost violinists, composers and music educators. Having enjoyed a successful career as soloist, conductor and professor of violin and viola at the university of Pretoria, he retired in 1999 to Long Island NY where, for ten years, he  taught violin to children of school-going age at the North Shore Suzuki School.

In 2009 he moved to Pasadena CA where he continues to teach theory and music history to his daughter’s cello pupils. He also trains and conducts a cello ensemble comprised of her more advanced students. The rest of his time is spent reading and writing metaphysical articles, contemplating life’s mysteries, and happily playing with his grandchildren.

Forgiveness. FOR you to GIVE yourself peacefulNESS.

By Deanna Lupinacci in Mastershift on June 24, 2014

Love – The Substance of Existence