Masters in our Midst

Masters in our Midst 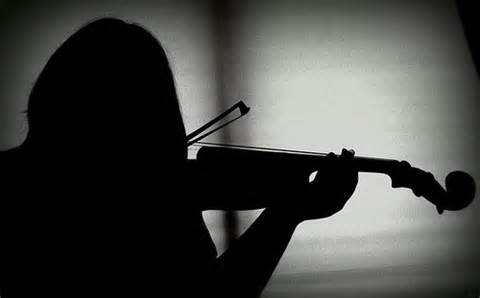 As commuters hustled through the Washington, D.C. metro station on a cold winter morning, a musician stood next to a wall playing his violin, the case at his feet open for tips. He played six Bach pieces for 43 minutes. A few people stopped and listened for a moment, then hurried on their way. Some threw some change or a dollar into the violin case. The musician’s most attentive audience was a three-year-old boy holding his mother’s hand. He wanted to stay and listen, but his mother tugged him along. Finally the violinist retrieved $32 from the case, put his instrument away, and disappeared into the crowd. No one applauded or thanked him.

Not one of the 1,036 passersby realized that the violinist was Joshua Bell, one of the world’s greatest violin virtuosos. The pieces he played were extraordinarily demanding, performed on a violin borrowed from the Smithsonian, worth three and a half million dollars.   Days earlier Bell had played to a sold-out crowd in Boston, tickets at $100.

Bell’s impromptu concert was sponsored by The Washington Post as a social experiment to determine if people would perceive greatness in their midst if they were not told about the talent before them. The commuters did not expect genius, so they overlooked the rare gift offered. They were busy. They had jobs to get to, kids to get to school. Who has time to stop and listen to music on the way to work?

Might we all have moments in our life when we are in the midst of genius without recognizing it? What if you smoked pot with Barack Obama in a Hawaiian high school? Or the band rehearsing in the garage next door was the Beatles?  Or you performed in a local community play with young Meryl Streep?  Chances are that at the time you would have had no idea of the skill and fame your peer would achieve. The seeds of greatness lie latent in many places we do not expect them, to sprout and flower at a time destiny claims.

Every Somebody was a nobody at sometime. Every nobody could become a Somebody anytime.  We would be wise to keep our antennae raised for divinity masquerading as humanity. To find God showing up as people. Grace and divine intervention rarely appear as a big golden hand descending from the clouds. That’s Hollywood. God’s gifts to humanity are delivered through people—sometimes those you would never expect.

I saw an inspiring documentary called Bōtso (www.botsomovie.com), about a boy who grew up in the Soviet Union during the Stalin regime. Botso’s father was arrested as an enemy of the state and sentenced to death. On the eve of his execution he was allowed twenty final minutes with his son. That precious time proved to be a defining moment in Botso’s life. He went on to endure many hardships, including fighting in the Russian army, being captured by the Nazis, and never seeing his mother again. Yet in spite of his challenges Botso remained true to his love of life and music. He eventually came to the United States where he became a beloved music teacher and changed the lives of thousands of students. At age 91 he is spry, healthy, creative, and more vital than ever. He celebrates every moment and transmits his passion to all.

While Botso would not be considered a spiritual teacher, his huge spirit teaches by example. He has chosen happiness. Is there any better teaching?  Many books and seminars tell how to be happy. One man modeling happiness is more powerful than all the words that point to it.

Let’s take the greatness vision one step further:  What if the genius in your midst is you? What if your passion and unique talent has the potential to change many lives, including your own?  What if you own a gift no one else can give, and your purpose on earth is to deliver it?  What if the master you seek lives within you, and is calling for expression?

While overconfidence can be a drawback, underconfidence is a killer. The enemy of humanity is not bloated ego. Often people with bloated egos deliver talent to the world that less confident egos would hide. The real enemy of humanity is deflated ego. Humility does not imply self-diminishment. Real humility recognizes the gifts that Great Spirit has given you, and you humbly go about delivering them.

The story is told about a group of old monks who lived in a monastery dying due to lack of passion. One night a mysterious stranger showed up and stayed with the monks for several days. “One of you is the messiah,” he told them, and departed. Soon a new air of excitement filled the monastery. All the monks treated each other as a potential messiah. Many wondered, “Could it be me?” Their vocation was renewed, and in the light of their newfound inspiration many spiritual seekers visited for inspiration and upliftment. Ultimately no one monk became the messiah. In a way, they all did.

There are masters in our midst. Let us recognize and celebrate them. 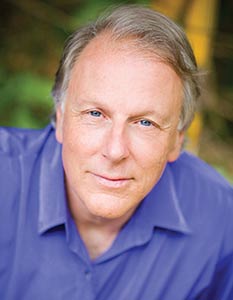 Alan Cohen is the author of Enough Already: The Power of Radical Contentment.  If you would like to become a professional life coach or incorporate life coaching skills in your career or personal life, join Alan’s celebrated Life Coach Training Program beginning in September.  For more information about this program, Alan’s other books, free daily inspirational quotes, and his weekly radio show, visit www.alancohen.com, email [email protected]