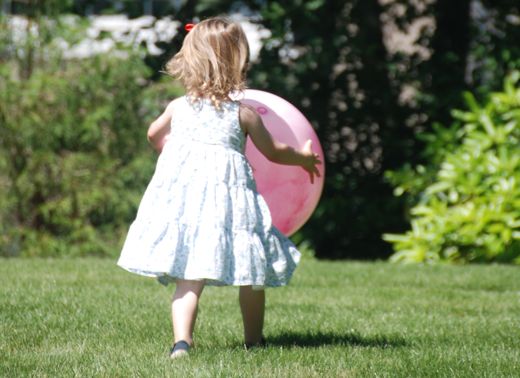 One day I was walking through our neighborhood park with my dog, Muggins. It was a beautiful day. The sun was shining, birds were singing, barely a cloud in the sky…you get the picture.

Muggins was up to his usual sniffing. I was simply enjoying the sights, sounds and smells around me.

At a point in the woman’s walk (and ball bouncing) along the side of the park, she abruptly stopped. I heard her say to the man, “I think I’ll leave this ball here for someone else to play with.” The man mumbled something to her as she tossed the ball into the park, in my general direction.

The ball bounded across the park to come to rest by a park bench in a quiet, shaded part of the park. Despite its outward appearances, it clearly did have a lot of life left in it. I momentarily thought to myself, “maybe I should pick up the ball and put it somewhere else in the park; or maybe I should bring it over to the children’s playground area for someone to find it there”. The ego was kicking in with all its scattered thoughts. For a moment I even thought, “maybe I should put the ball in the garbage; afterall, who is going to want that old ball”.

I decided to just let the ball stay where it had come to rest. It wasn’t doing any harm where it was and I was reminded of the woman’s wish and blessing “I think I’ll leave this ball here for someone else to play with”. I continued on my walk with Muggins and didn’t give the ball another thought.

The next morning, Muggins and I were on our regularly-scheduled walk through the park. As Muggins and I approached the park bench where the ball had come to rest the previous day, there was a young man enjoying a gentle stroll with a toddler. I assumed this toddler was his daughter. It was joyous to watch this little person taking their tentative and wobbly steps as they explored their world like it was the first time they ever experienced anything like it.

When the little girl finally made her way to the ball, she clumsily bent over to grasp the ball. With every ounce of energy at her disposal, she picked up the ball and held it triumphantly over her head as she let out a giggling melody of happy notes. The scene that followed was pure joy.

As I watched the father and daughter happily continue their journey, I was wondrously reminded of my experience the previous day of the woman tossing the ball into the park and saying “I think I’ll leave this ball here for someone else to play with”.

The previous day this unknown woman had performed her joyous (and might I say loving) act of leaving the ball in the park for someone else to enjoy. Then, that woman’s wish came true. The very next day I witnessed a young girl finding the ball and experiencing joy.

Who knows how the woman came to possess that ball? Who knows how long the ball will stay in that little girl’s life? Who knows if the woman will ever find out that her wish of someone else playing with the ball came true?

The events, as they unfolded, were joyous to experience and an important reminder that there are no coincidences in life. Perhaps more importantly, it was a reminder that it doesn’t take much to bring joy into other peoples’ lives. And sometimes we won’t even know it. And that’s okay too. 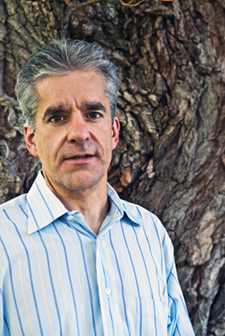 Robert Meagher worked for almost 25 years in traditional corporate settings and acted in various management roles in the education, arts, financial, not-for-profit, government, consulting, and healthcare sectors. Along the way Robert earned bachelor and masters degrees and professional certifications. Robert left corporate Canada in 2009 to set himself adrift and explore a new way of living and seeing the world we live in. Robert is now an Interfaith Minister who embraces a spiritual life and now serves to guide all those who wish to accept the Divine into their lives. Through Spiritual Guidance, Robert’s ministry initiative, he embraces the opportunity to serve those who wish to explore their own spirituality and gain insight into who they are, their purpose here in this lifetime and existence, and their desire to grow in Spirit. Robert can be reached at 613-204-0299, [email protected], or through his website at www.servingyourjourney.com

I See Beauty In Everything

By Hayley Hobson in Shifting Consciousness Series on November 15, 2013

By Millie Parmer in Mastershift on November 15, 2013