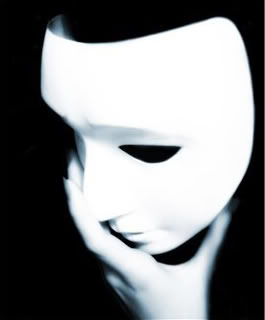 As I read my credit card statement, my eyes bulged. I was being billed for two $5,000 cash advances I had not taken. Then there was a clothing shopping spree in Dallas.  Someone had stolen my credit card information and went to town on it. Fortunately, the credit card company absorbed those losses, but they are not unusual. Every day crooks steal the identities of thousands of people, and as a result banks and Internet businesses go to elaborate security measures to protect customers’ identities.

There is an even more insidious form of identity theft that has hijacked far more than your credit card account. This theft has caused you to forget who you are and believe that you are small, limited, and powerless—a photographic negative of your true self.

Grand theft identity began soon after you arrived on earth. Parents, teachers, siblings, clergy, and authority figures told you that you are inept, insignificant, ugly, unworthy, and sinful, and that the world is a menacing place with threats and danger at every turn. Over time you began to believe these terrible lies, and the day came when you forgot your innate beauty, strength, and innocence. Eventually you adopted an identity contrary to your divine nature and have lived as someone you are not.

If you tell a lie enough, you start to believe it. When I was in junior high school I went to a Beatles concert in Atlantic City. At school the next day, I decided to impress my classmate Donna by telling her that I had met Paul McCartney on his way out of the concert hall. Even more exciting, Paul had given me his guitar pick! To prove it, I showed Donna the pick with his initials “P.M.” carved in it. Her pupils dilated. To thrill her even more, I romantically placed the pick in her hand and told her I wanted her to have it. Donna swooned and gave me a kiss on the cheek, which made my year. Word got around that I had obtained Paul McCartney’s pick, and I had my junior high school day in the sun.

The story, of course, was complete bunk. But I told it so many times over the course of the days that followed, with increasing detail, that now when I think of it, it seems as real as many things that actually happened. I can clearly picture Paul running out the back door of the concert hall and tossing the pick my way. I can feel the excitement of an event that never occurred!

Over your lifetime you have adopted an array of lies about yourself, underscoring what’s wrong with you and the world.  You have been playing out these untruths in your finances, relationships, career, health, and other significant arenas of your life. The world you see is based on a mass of illusions that appear to be real because so many people agree with them and base their lives on them. “If you take enough people to the middle of nowhere, it starts to feel like somewhere.” Yet popularity cannot make fiction true, and habit cannot render fear more substantial than love. The only cure for illusions is truth. The only cure for a mistaken identity is to remember who you really are.

The story is told of a princess who was kidnapped as a child and taken to live among fishmongers. She grew up amidst piles of fish, smelled like them, and accepted the mentality of a struggling hawker. Years later, one of the king’s servants found the princess and brought her back to the royal palace. Her parents welcomed her profusely and showed her to her elegant bedroom laden with the softest bed, flowers, incense, a breathtaking view, a sumptuous dinner, and servants at her beck and call. During her first night in the palace the princess tossed and turned. “Get me out of here,” she cried out. “I can’t stand this. I want to go home.”

What the princess did not realize was that she was home. Elegance, royalty, and riches were her birthright. But she had gotten so used to living amidst foul smells and poverty that she believed those conditions were her true place in life. Normal does not equal natural. Like the princess, you have become accustomed to living in psychic quarters far shabbier than you deserve.

You can find your way back to the palace by remembering your origin. A Course in Miracles urges us to know, “I am as God created me.”  Your real identity is spiritual and spiritual only. You are not your name, age, weight, address, relationship status, job, bank statement, medical diagnosis, or any other attribute by which the world identifies you. While the world judges and pigeonholes you by fragmented aspects, God sees you as whole. When you share God’s vision of yourself, you know who you are and you live in the love and dignity you merit by virtue of your divine inheritance.

People can steal your credit card number or another physical item, but they cannot steal your soul. Don’t leave home without it.

Alan Cohen is the author of many inspirational books, including I Had it All the Time: When Self-Improvement Gives Way to Ecstasy.  Join Alan’s upcoming Life Coach Training Program to become a professional life coach or incorporate life coaching skills in your career or personal life, join.  For more information about this program, Hawaii retreats, Alan’s books, free daily inspirational quotes, and his weekly radio show, visit www.alancohen.com, email [email protected].

By Millie Parmer in Mastershift on September 16, 2014

By Millie Parmer in Mastershift on September 16, 2014

Awakening Your Inner Self

3 Yogic Lessons for a Life of Abundance