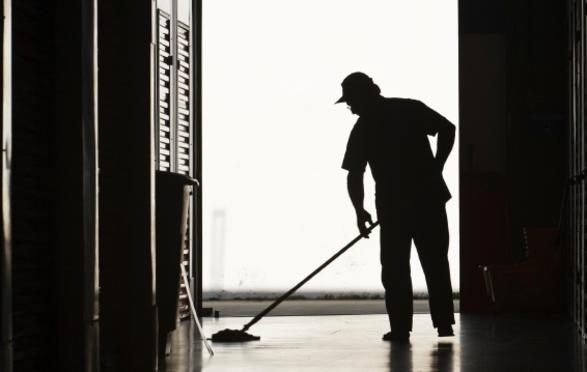 Would you mop the floor of someone who defeated you? Probably not. Yet there might be gold in such an experience.

Akoni Pule was elected to the Hawaii State House of Representatives in 1947. He served for two years and then he was defeated for re-election. Then Mr. Pule did something hardly anyone would do. He took a job as a janitor in the congress building so he could continue to be in the energy of politics and learn more about how the legislature worked. It must have been very humbling for Mr. Pule to mop the floor behind the man who defeated him.

Two years later Pule ran for election again, he was elected, and he went on to serve continuously from 1952 until 1965—one of the longest runs in the history of Hawaii. During that time he championed highway construction, a thriving seaport, and progressed the state such that he became a beloved congressman. After a ten-year effort to build a road that allowed local residents to get to jobs at a new hotel, the highway was named after him.

The Bible tells us, “He who humbles himself shall be exalted.”  When you feel disappointed or hurt, it’s tempting to get on a soapbox of ego. Yet if we can trust that somehow the tide of events is moving in our favor, we are often led to higher ground.

When I was looking for a business manager, I narrowed the field of candidates to two, one a fellow who was new to the industry and another who had more experience.  When I hired the more experienced applicant, the other fellow was disappointed, but he told me that if I had any projects for him, he would be happy to work on them. I gave him one project. After a few months I found the new manager’s motivation lacking, and he did such a poor job that the business was faltering. It was clear that I needed to let him go. The other fellow had done a great job on his one project, so I hired him to take over the business. He did an excellent job and we worked together for seven years, during which the business prospered.

In the Talmud we are told, “He who seeks reputation shall lose it.  He who does not seek reputation shall gain it.”  The alternative to seeking reputation is to seek to help people. Albert Schweitzer said, “The only ones among you who will be really happy are those who will have sought and found how to serve.”

When things appear to be going wrong, they may be part of a bigger picture that is going right. The ego judges by individual incidents. The spirit is more interested in themes and energy. A friend of mine used to sell cars. One day a big deal fell through and he got depressed. “Don’t worry about it,” the boss told him. “It’s all in the averages.” The record books never show the score at halftime.

The fascinating documentary, Kings of Pastry, showcases an exclusive contest in France held once every four years. Talented chefs came to compete for a coveted title as Master Pastry Chef, bestowed only upon a few. One chef, Philippe, prepared for months to create a complex pastry sculpture, a towering jaw-dropping work of art. Just to look at it was inspiring! As Philippe delicately placed his piece de résistance on the judges’ table, a piece at the bottom broke off and the entire sculpture crumbled to the floor, into a thousand pieces. What a gut-wrenching loss for this chef who had put his heart and soul into the project! In the wake of such catastrophe, there was no way he would win the title. The man broke into tears, along with the previously stone-faced judges. It was a disastrous moment.

But instead of dropping out, Chef Philippe went back to the kitchen and fashioned a very modest replacement, nothing like the original. He submitted it not for the quality of the piece, but for the sake of dignity.

At the end of the contest five of the sixteen applicants were awarded the coveted title. To my amazement, Chef Philippe was among them. I believe he won because the judges evaluated him not on the basis of the one piece that fell apart, but because they had observed him in the process of creating it and they saw it before it hit the floor. They judged him on his overall talent rather than one presentation.

We all have experiences that are humbling, as well as those that are exalting. If we seek praise, we shall crash. If we seek talent, integrity, and service, we shall soar. Even if you do not have a highway named after you or you do not get the coveted title, your soul will be satisfied and you will be at peace with yourself. Life asks no more of you than this.

By Millie Parmer in Mastershift on April 6, 2015

The Veil is Thinner Than Ever

How to Create a Sacred Space

Turning the Everyday Mundane into a Prayer for our Salvation